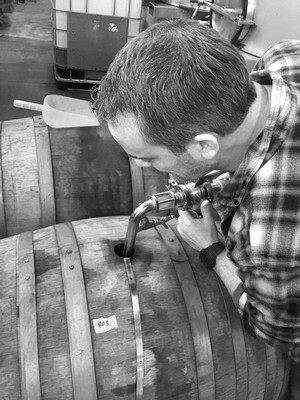 About the Winemaker – James Frey

Not having gone to school for wine, James trained himself to become a winemaker with the help of mentors like Oregon’s Josh Bergström and Burgundy’s Jacques Lardiere.  James has had wines named in a major publication’s Top 100 Wines of the Year list each and every year from 2013 to 2019.  In 2015 one of his wines was named the #3 wine in the world by Wine Enthusiast; in 2016, his wine was served by President Obama at the White House during a state dinner honoring the heads of state of Norway, Finland, Iceland, Denmark and Sweden.  His wines have been featured in the Wine Spectator, Wine Enthusiast, Wine Advocate, Forbes, Robb Report, Decanter, Food & Wine, World of Fine Wine and Wine & Spirits.

From 2013-2017, Burgundy producer Maison Louis Jadot made their Oregon wine Resonance at Trisaetum where James worked alongside winemaker Jacques Lardiere.  Since 2013, James has also partnered with Walla Walla winemaker Chris Figgins of Leonetti, Figgins and Toil to trade Willamette Valley fruit for Walla Walla varietals that James uses for his 18401 Cellars wines. 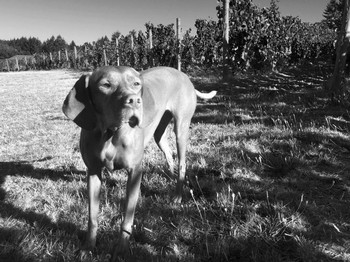 In early 2006, James Frey, with invaluable help from winemaker Josh Bergström, began work on the design of Trisaetum’s winery. From the outset, the goal was to construct a facility that allows a winemaker to blend old world tradition and new world innovation.  After several months and nine drafts, a floor plan and design philosophy were eventually turned into the 13,000-square foot facility that exists today.

Our winery contains a 600-square foot cold room.  All harvested fruit is immediately placed in the cold room to chill, and sorting or pressing only begins after the fruit has reached a temperature of around 40-50 degrees.

We created a 6-stage fruit sorting system that is utilized to ensure only the best berries from the best clusters become part of our wines. The process begins with the tote dumper after the fruit has been adequately chilled. The whole clusters move down a shaker table that spreads them into a single layer prior to passing through a vacuum system that removes leaves, bugs, twigs, and other non-grape matter. Following the vacuum, the clusters move through an air knife to ensure the fruit is dry. Then, the first of two manual sorting tables is utilized to select only the best clusters (sub-par clusters are removed, recycled, and returned to the vineyard as compost). For white wines, all clusters are hand-sorted before a conveyor lifts the clusters individually into the press.  For red wines, bunches can either be destemmed or fermented as whole-clusters.

Red wines are fermented in 2-ton oak fermenters and mix of 3-ton and 4.5-ton stainless steel vats that line either side of the 65-foot long tank hall. Using smaller fermenters is preferred for greater control and closer interaction with the fermentations.  A mixture of 100% whole-cluster and 100% destemmed fermentations are employed; with the relative mix of each dependent on the vintage and the ripeness of stems.  Once fermentation begins, a mix of pump-overs and hand punch-downs are employed to manage extraction. Destemmed fermentations will often go through extended macerations while whole-cluster ferments are typically pressed when dry and moved by gravity-fed channels to the barrel cave below. 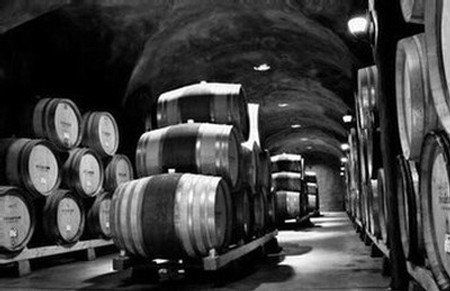 After harvest, wines are cellared in French oak barrels within the 100-foot long barrel cave at Trisaetum. The subterranean cave holds a constant temperature and humidity throughout the year and provides an ideal environment to age wine.  Depending on the vintage, wines can be barrel aged from 10 to 22 months before bottling.  The cave also houses sparkling bottles on tirage for a minimum of three years.